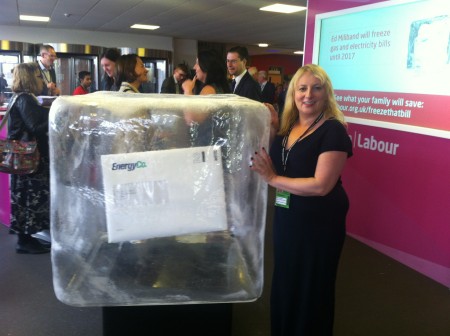 Families in Britain are in the middle of a cost of living crisis. They are working harder for longer, for less, year after year. But David Cameron will only stand up for a privileged few, not for hard working families. This Tory-led government introduced a tax cut for people on over £150,000, whilst raising it for everyone else.

Under the Tories, energy bills have risen by almost £300 for families, and local businesses tell me that energy bills are the second largest cost that they face.

The way we tackle the cost of living crisis is by building an economy that works for working people.

If Labour wins the next election, Ed Miliband will freeze gas and electricity bills until 2017. We will reset our energy market with a tough new regulator to stop overcharging.

Our energy bill freeze will save a typical household £120 – help at a time when people need it most.

You can find out how much you would save, and sign our petition urging David Cameron to take urgent action at labour.org.uk/energy.